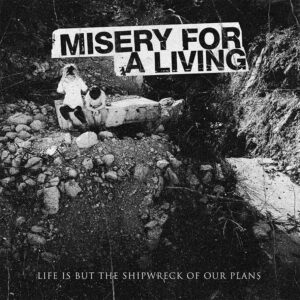 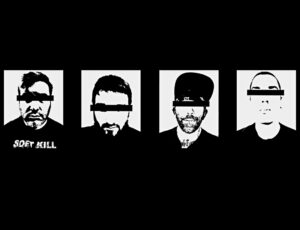 Their first full length – Life Is But The Shipwreck Of Our Plans – was recorded, mixed and mastered at Studio73 with their old friend Riccardo “Paso” Pasini (The Secret, Raein, Storm{o}, Reprisal, etc.) behind the desk. The album is a relentless succession of aggressive tunes, drenched in noise yet based on fast tempos, with the occasional blastbeats popping up to mess things up, that lead to crushing breakdowns and slower riffs.

Nicholas Worthington (Dead Swans, Last Shreds) makes a guest appearance on one of the songs, while the amazing artwork is courtesy of Francesco Curreli (ISLTN). The vinyl will be out on September 20th 2021 thanks to the precious help of the following fine labels: 5FeetUnder Records (Denmark), Against The Sun Records (Italy), Italian Extreme Underground (Italy), Passion Means Struggle Records (Germany), Sedation Records (Italy) and SPxDiscos (Germany).

The band doesn’t necessarily wave any specific flag, although all the members believe in animal rights and being in control of their lives. They also strongly believe that intolerance, racism, fascism, sexism, misogyny and discrimination against the LGBTQ+ community have no place in this world, thus have to be fought (especially in the punk rock community, which sometimes isn’t the safe haven we think it is) by any means necessary.
And lastly, now more than ever, Black Lives Matter.

MISERY FOR A LIVING link’s: